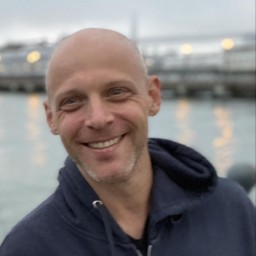 I often feel some twinge of heartache the startups with the most radiant potential hit their troughs of disillusionment and then cash out to a deep-pocketed buyer.

This is not the slightest bit because I begrudge the founders of these startups the personal wealth or professional success that comes with their exits.

Indeed, the wallets of everyone involved often get a lot juicier, and while that may or may not lead the founders to deeper happiness and well-being, the adventures of having lots of money in the world we call life surely has its share of exquisite moments.

But despite the “no need to worry, my accountant handles that” upgrades to the entrepreneur’s lifestyle, these cash-outs still feel a bit disappointing to the person in me that loves transmutational technology.

Partially because I am sometimes impatient for the transmutational technological concept to proliferate, and that often seems to take A LOT longer when a big organization gets its hands on it.

And partially because who knows why we feel what we feel and think what we think?

Regardless: when breakthrough technologies with transmutational potential find their ways into the portfolio of large organizations, they rarely achieve the heights that had been in front of them if they’d found a way to ride the inevitable waves of challenge, terror, and temptation to cash in that the technology entrepreneur’s version of the hero’s journey presents.

So it was with Siri, which started its life as an incredible technology demo and nearly un-useable user interface back in the utterly bygone era of the iPhone 3GS but could possibly have been the company that made the Star Trek computer a thing well ahead of its time.

The Obstacles to Greatness in Siri 1.0

At the time that Apple acquired Siri (less than six months after it launched), the Siri iPhone app wasn’t close to taking off, and it may have seemed to its founders and investors that this situation was not about to improve.

This is because when Siri was merely a standalone app, it made you jump through an unreasonable number of hoops to access its magic:

Like a small handful of observers, I was blown away by the tech that made Siri possible and the promise that it held, but even with my degree of excitement: Ain’t nobody got time for that.

It seemed obvious that for Siri to achieve its world-changing potential, it had to be integrated with the OS, and there was no way that was going to happen on the iPhone if Apple didn’t own its underlying tech, right?

Ah, but not so fast.

It is somewhat widely known, but never publicly acknowledged, that for a long time, before the technical expertise, datasets, and commercially-available tooling necessary to develop voice recognition systems of meaningful quality proliferated enough for Apple to roll their own, a voice recognition called Nuance originally powered iOS’s (and Mac’s) voice-recognition capabilities since Siri went live.

Unlike many of the things Apple builds into iOS, it does not own Nuance, which has an ~$9bn business (primarily) selling voice recognition appliances to enterprises that want to add voice recognition capabilities to the apps they build..

To own Nuance, Apple would have had to shell out a few billion dollars and inherit 10,000+ employees and a big enterprise business to boot.

For Nuance, Apple just became another customer, licensing its voice recognition tech and integrating its appliances into those data centers Apple was busy building at the time. It’s not obvious why a similar arrangement couldn’t have been made between Siri and Apple, had Siri been in a different position when Apple came calling.

Siri’s Road Not Traveled: The Path of Glory

Indeed, though it may not have looked like it the day Steve Jobs showed up to buy Siri with $300+ million in Apple’s cash, there were a number of paths that could have taken Siri along a much more impactful route—transforming it from an app to be opened on an iPhone into a platform to be integrated into every connected human-computer interface in the world that wanted to come along for the ride

The particular alternative trajectory for Siri I came up with for the purposes of this post goes like this:

Instead of pursuing this or any of the other potential paths to glory and independence, Siri’s founders and/or investors seem to have lost faith when version 1.0 didn’t get traction and decided to take Apple’s cash. Given the pressure and uncertainty and size of the offer, it was not a crazy call.

But making the call to cash out, the minds behind this incredible tech lost control of its destiny. If Steve Jobs hadn’t died when he did, maybe his vision and his furious desire to get revenge on Google might have led Siri along a path to ubiquity, but this was not to be.

Let's end the mediocre marketing and the waste it creates, yes?

Sign up and I'll send you a video that introduces The Foundational Story Framework – a new methodology for aligning your team, launching great products brilliantly, and creating systematic, sustainable growth.